1. Worsening equality of access to higher education in Japan

The increase in tuition fees (Figure 1) and the subsequent increase in the family burden of their children’s educational expenditures (Figure 2) have affected prospective university students’ and their families’ decisions to apply to university in Japan. This is borne out by a 2006 nationwide survey of 4,000 groups of students and parents that provides strong evidence of inequality in higher education access because of differences in family incomes. The survey report has been published in Japanese by the Center for Research University Management and Policy at the University of Tokyo (Kobayashi 2008, Kobayashi and Liu 2013).[1] 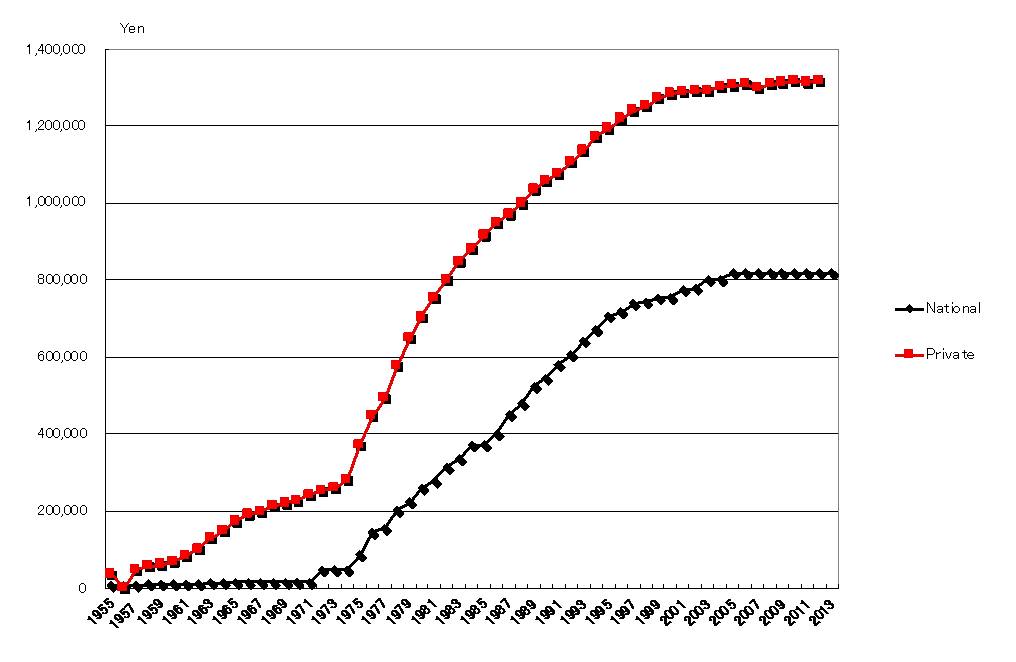 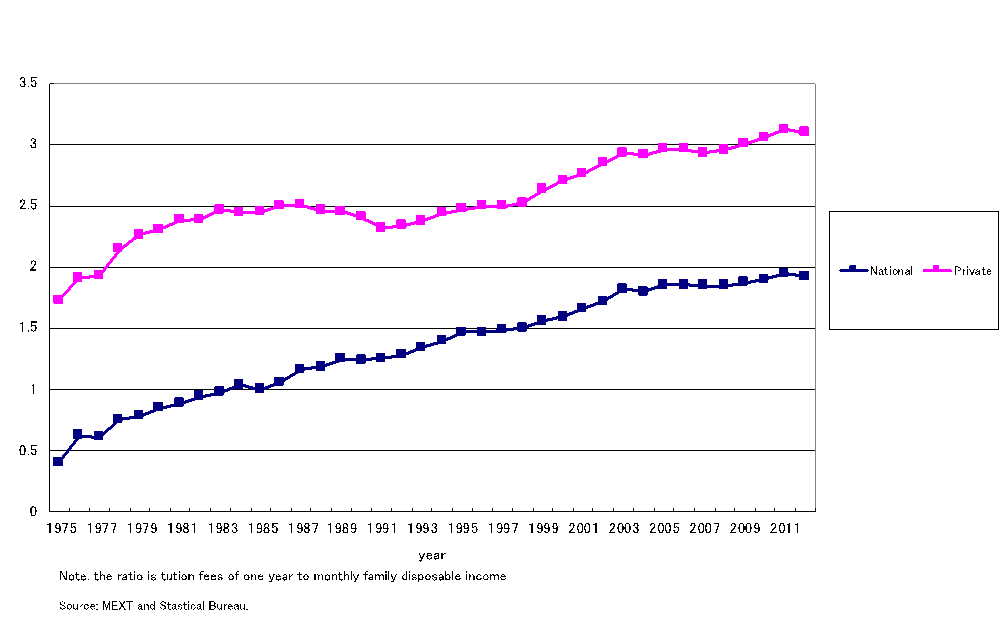 Figure 2: The Changes in Ratios of Tuition Fees of National and Private Universities to Family Disposable Incomes.

Only 35 per cent of high school leavers in the lowest income class enrolled in university, compared to 61 per cent in the highest income class in 2006 (Figure 3). Enrolment in private universities was highly correlated with income — with double the enrolment rate for the highest income group compared to the lowest in this survey — but this was not the case at national and public universities. National and public universities contributed to opening up higher education opportunities to all income groups, offering relatively inexpensive tuition fees compared to private universities, as is their mission.[2]

This inequality has had a strong influence on government policy, and there has been wide discussion on ways to ameliorate the situation. 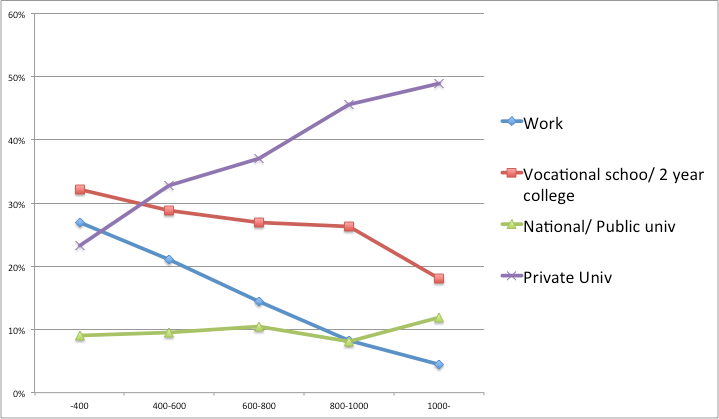 This widening inequality in national and public universities is consistent with surveys conducted in 2012 and 2013 that confirm the trend. The growth in student loans from the government, administered through JASSO, has not succeeded in reducing the inequality of access to higher education.

The inequality of access to higher education is masked somewhat by the willingness of parents to pay for their children’s tuition in Japan. Inequality of access would be a much larger social issue in Japan without the cultural norm and expectation of support from parents. But the ability of parents to finance their children’s higher education is becoming more constrained as household disposable incomes do not keep pace with tuition growth.

There does not appear to be an inequality of access issue for students with high academic ability. The enrolment rate of the highest achieving students within the lowest income family group was 65 per cent in 2006, while that of the highest income family group was 71 per cent. It may be the case that the families in the lowest income group paid their children’s tuition fees despite the financial constraints, or that those students were able to enrol in national universities that have lower tuition costs.

The Abe Cabinet approved the New Economic Policy Package by cabinet decision on December 8, 2017 to improve the access to higher education, in particular, for low income family.

The contents of this package include a significant expansion of grants amounting to approximately 800 billion JPY a year, which will have a major impact on financial aid in the future. In addition to tuition waivers, grants will be provided to assist with the cost of living. Also, in addition to exemption from enrolment fees, which has been limited to some students so far, measures will be taken to address “sudden changes in household finances” (such as parents’ job loss, death or divorce), for which public funding had not previously been allocated. The new program should be highly acclaimed for its substantial investment in education and expansion of beneficiaries. In particular, with regard to enrolment fee exemption, in Japan, excessively high first-year payments at the time of admission have been an obstacle to higher education enrolment for lower-income families. The measures to assist those facing sudden hardships in household budgets, who have hitherto lacked public support, are also laudable.

This package has a lot of problems. But the new law according to the proposal of the package issued in May 2019, and it will start the new program in April 2020.

[1] This was a large nationwide random sampling survey of high school students and their parents in Japan led by Professor Motohisa Kaneko. 4,000 pairs of parents and their high school children were randomly chosen from 400 areas all over Japan. The first survey, interviewing parents and their children, was done in autumn 2005. The follow-up survey for the children was done in the spring of 2006. Kobayashi, one of the authors of this paper, was a member of this survey.

[2] Most national and public universities and colleges are highly selective, but their missions are to offer the opportunity of higher education to all people.

Kobayashi, Masayuki and Wenjun Liu (2013). Access and Cost-Sharing in Japanese Higher Education: Tuition and Student Financial Aid Policy, updated in 2012, Center for Research and Development of Higher Education, The University of Tokyo.