I graduated from Cork Institute of Technology (CIT) in October 2017 with a Bachelor of Business (Honours) Degree. If you had asked me years ago what I thought of school, I more than likely would have rolled my eyes and groaned! It wasn’t for me and I didn’t really have an interest in any of the subjects apart from Art.

After leaving school while working part time, I did a couple of Post Leaving Cert courses but they never really came to much. I travelled for a bit, living in Paris, London and Dublin for a few years but decided to come back to Cork when my eldest son was about to start preschool. 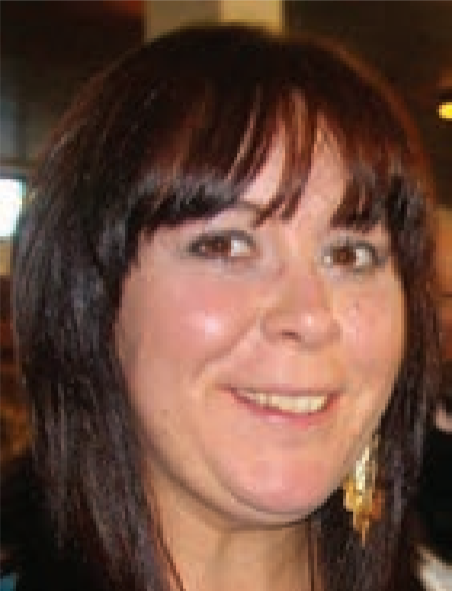 I worked for many years in semi-skilled jobs which I enjoyed and gave me the chance to meet many people but I always knew I could do better. By 2012, I found myself in the position of being a single parent of two boys and in a job where my hours were being cut drastically. I was worried that I would end up with no job and I didn’t have any qualifications that I could fall back on.

So I decided to do a FETAC Level 5 General Studies course in a Further Education College. I really didn’t think I would be able to do it and was very anxious about going back to education. To my surprise, I was definitely well able for it and my ‘inner nerd’ was released after being suppressed and totally ignored for decades! I had the bug for learning and continued on to CIT, in 2013, through a link from my FETAC course and I began a two year Level 6 Higher Certificate in Business Studies course.

When I completed the Higher Certificate in Business Studies, I was determined to get a degree. We were given a choice of either going down the routes of Management, Accounting or Marketing. I chose Marketing as I felt I could use my creative side in this field. I have now received my Honours Degree.

I was given so many opportunities in CIT to throw myself into various student roles such as Student Leader and being a Class Representative. These roles gave me the chance to work with various staff members in different departments as well as working alongside students who were much younger than me.

As a mature student, I was initially worried about mixing with younger students, that I would have nothing in common with them and that I would not be at the same level as them but I soon realised that I had plenty of life experience and age is not a barrier between friends.

There were obstacles along the way such as managing financially and being a parent at the same time as being a student. Financially, I had to make a few sacrifices but I always looked at it as short term slump. As for my two boys, they always come first and they are my inspiration to continue to better myself. I have been known to be studying in the car at the side of a pitch while one of them is playing a match; one of my solutions to mixing family and college life!

Looking back, I can’t believe I have come so far in my educational journey and the time seems to have gone so fast. I have enjoyed every minute of it and if I had to do it all again, I would.

This student voice story has been reproduced with the kind permission of Cork Institute of Technology (CIT). CIT is based in Ireland and provides full-time, part-time and specialist courses in Art, Business and Humanities, Computing and Information Technology, Engineering, Media, Music, Nautical Studies, and Science. The original version of this student voice story is available in CIT’s Mature Student Guide at: http://www.cit.ie/prospectivestudents.maturestudents1

The case for World Access to Higher Education Day is backed up by evidence and research. Read the key research papers that highlight the challenges we face in widening access.

We’re highlighting how higher education can transform the lives of students from underrepresented groups. Read and contribute to our collection of Student Voice stories.

Register your educational institution as a supporting organisation and you will be able to have your logo included in our list of World Access to Higher Education Day supporters.